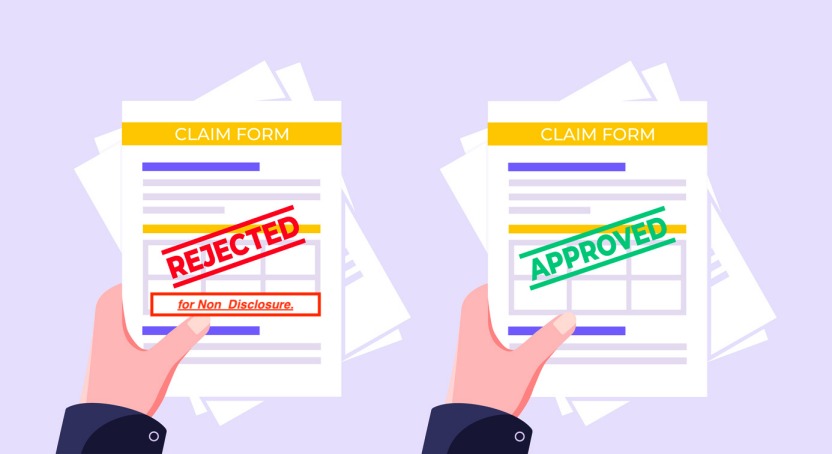 We come across people every now and then who get insurance by lying on their form and think they’re deceiving the insurer. In fact, it’s very difficult to deceive an insurance company, and (quite apart from the morality of the issue) it’s dangerous to try it.

In fact, the false information doesn’t need to have anything to do with the insurance claim. With motor insurance, for example, your claim for an accident on the road will be refused if you’ve given false information about where you keep the vehicle overnight.

The same thing applies to the insurance for your home, whether building or contents. If the insurer’s loss adjuster discovers any discrepancy in your declarations when you took out the insurance policy, you’ll find yourself footing the bill for any repairs or replacement needed.

But What if It’s Not Your Fault?

It’s easy to say that it would serve anyone right to be left in that position if they’ve lied or deliberately withheld information. In fact, a recent case shows that it’s possible to be stung even if you’ve done nothing wrong.

A family who were having a loft extension built for their home faced disaster when the chimney collapsed during the work, leaving the house having to be rebuilt. The contractor was fully covered and made an insurance claim on his policy — only to have it turned down on the basis of three outstanding CCJs he hadn’t declared.

The contractor has claimed that he didn’t know about the CCJs at the time (a plausible claim, in fact) and paid them off as soon as he found out, but this made no difference. Not only did the loss adjuster refuse the claim, but the policy itself was voided.

The really disturbing part of this is that the family had done everything right (including checking the contractor’s insurance) but still ended up having to fork out over £250,000 to rebuild their home.

It’s hard to see what they could have done differently, but it does underline the vital importance of answering every question with complete honesty when you set up your own insurance policy. Allied Claims would strongly advise you to go through a good insurance broker, who’ll help you ensure all information is correct. Then, if you do have to make a claim, we’ll be able to get you what you’re due.