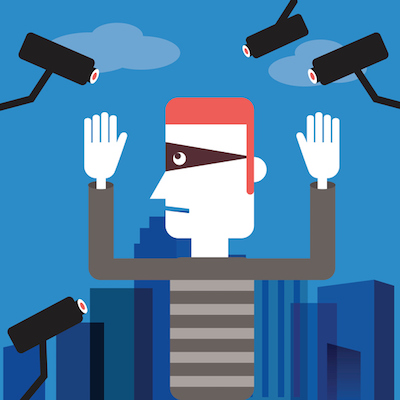 You might not think the season has much to do with the risk of being burgled, but actually statistics show that insurance claims for burglaries increased by 35% last year during the darker months. This illustrates the vital importance of safeguarding your home — not only to foil burglars, but also to ensure that the loss adjuster can’t turn you down if you have to make an insurance claim.

Exterior sensor lights will go a long way towards putting off burglars. After all, if a light suddenly comes on as they approach your home, they’re likely to move on to easier pickings. Sensor lights are fairly cheap and easy to fit these days, so think about having them at the front, side and rear.

Smart home security cameras are also valuable — a recent survey of reformed burglars suggested that 90% would be put off breaking into homes that had smart technology. These too are now inexpensive and can be fitted by any competent DIYer. They’ll not only activate and record when they detect motion, but also notify your phone.

Good Locks and Keys Are Vital

If you skimp on your locks and install cheap ones, burglars will find it easy to pick them and get into your home. Not only will you lose your possessions, but your insurance claim will almost certainly be turned down if your locks are inadequate.

To stay safe and keep the loss adjuster happy, make sure your locks all comply with the British standard BS 3621. If you’re moving into a new home, it’s generally advisable to change the locks as soon as possible. This will not only ensure that they’re up to standard, but you can also be confident you know exactly who has a key.

Finally, it shouldn’t need to be said, but — always remember to lock your doors and windows. A staggering 5% of all burglaries involve access through an unlocked door, and if that happens to you, even Allied Claims won’t have a hope of getting your insurer to pay out.