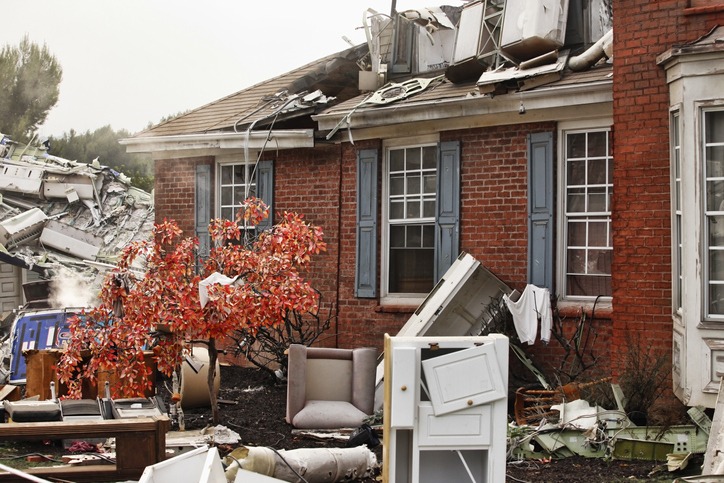 No, not the kid with the striped jumper and the mean dog — I mean the storm. After being battered by two major storms in a week, your home could have taken a hit.

If it were anything drastic, no doubt you’d know about it straight away, but damage can be serious yet hard to detect. Whether your roof tiles are cracked, your gutters are leaking or your drains have overflowed into the foundations, ignoring the problem could cause you severe problems down the line.

It’s vital to check your home or business premises for possible damage after any storm, especially one as devastating as Ciara or Dennis. Ideally, it’s best to inspect your roof from close up for damage to the tiles or flashing, but looking through binoculars from ground level should tell you what you need to know. Check from inside, too, by going into your loft with the light off and looking for light coming through, and search for water streaks down the outside walls, which might show damaged guttering.

It’s important to catch these for the sake of your own comfort and security, but ignoring damage could harm your bank balance, too. If you only make an insurance claim when the situation’s deteriorated far enough to become obvious, the insurer’s loss adjuster may consider that you’ve been negligent in not dealing with it sooner. You could see your claim reduced, or even rejected.

What is a Storm?

We all know when we’ve hit by a storm, don’t we? Especially if it has a name. You might assume it doesn’t matter, but if you have to make an insurance claim, it could be crucial what you call the weather that’s caused the damage.

There’s no single definition of a storm, and each insurance company has its own — some may acknowledge 35 mph winds as a storm, while others may not accept anything under 55 mph. The trouble is, if you say that you’re claiming for “storm damage” when conditions haven’t met the particular criteria being used, the loss adjuster could throw your claim out.

This is made even more difficult by the fact that it isn’t easy to find out what the insurer’s definition actually is. This is just one reason why it’s crucial to have an independent loss assessor like Allied Claims on your side before you even put a claim in. A professional can help you word your claim so that Dennis isn’t still menacing you long after it’s gone.