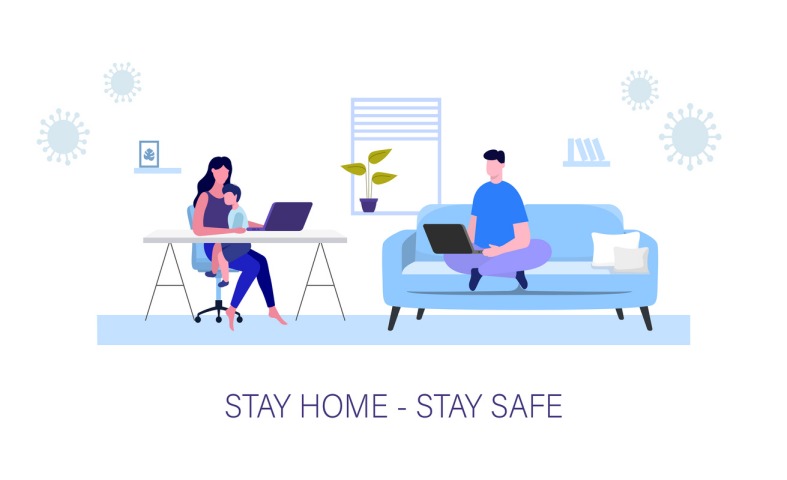 Have you been working from home during the lockdown? You’re certainly not alone. Employees and self-employed people alike have been finding a place at home to set up as their office, whether it’s a study, a shed or just the kitchen table.

This is all changing, however. From 1st August, government advice is to start getting back to your normal workplace. How many people are going to follow that advice, though, is another matter. Some workplaces might be difficult to adapt for social distancing, while others could involve a still-risky commute on train or tube.

A recent survey suggested that 25% of people in the UK are intending to continue working from home, at least until the pandemic is more fully under control. In many cases, this may not affect working practices too much. There are plenty of jobs where a phone, a computer and an internet connection are all you need.

There are potential problems, however, which most people aren’t aware of, and one of these is insurance. If you’re working from home and have to make an insurance claim, it’s quite possible that the insurer’s loss adjuster may reject your claim.

When you take out home insurance, it’s a standard condition of the policy that you must notify the insurer of any change of circumstances — and that includes using your home as a workplace. This condition hasn’t been enforced for anyone who follows government guidelines on working from home, but that’ll no longer protect you from the beginning of August.

Of those people proposing to continue working from home, about 80% weren’t aware of the obligation to inform their insurer, and 45% said they’d received no communication on the subject. 8% claimed that they’d received something but were unsure of its meaning.

Whether or not you’ve been informed, though, it always pays to plan for a worst-case scenario where home insurance is concerned. It’s part of the loss adjuster’s job to find legitimate reasons not to pay up. If you make an insurance claim for a fire caused by faulty equipment, for instance, this will immediately raise the question of whether you’re insured to work in the premises.

It’s your responsibility as the policy holder to inform your insurer about all changes of circumstance. It isn’t a great effort to phone, write to or email the insurance company, and it could make the difference between whether or not Allied Claims can succeed in negotiating your claim.