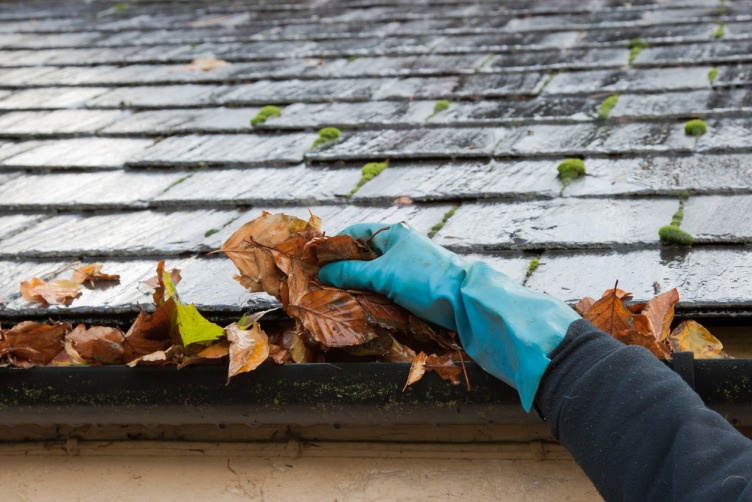 You can’t have missed that it’s well and truly autumn now, with winter on the skyline. We’ve had a touch of wild weather, and the one thing we can be sure of is there’s more to come.

That’s OK — you’re probably stocked up enough that you won’t have to venture out into the storm. But what about your roof? And particularly your gutters and downpipes? They can get blocked up easily, especially in autumn when leaves and debris are flying about in the wind, and that means the gallons of rain the storms dump on your roof will have nowhere safe to run off.

This leaves your home vulnerable from two directions. The pooling water on your roof could find its way in through cracks, creating damp and mould inside, while water pouring over the edge of the guttering can get into your foundations and damage them.

The worst thing of all is that your insurer’s loss adjuster could well turn you down if you make an insurance claim for the damage, leaving you to foot a hefty bill yourself. That’s because they’ll judge that you were negligent  by not attending to the upkeep of your guttering.

Pay Attention to Your Roof

Before the winter storms set in, you’re going to need your guttering and downpipes cleared out and repaired. In the case of the guttering, this can be quite straightforward, but you’ll need to rod all your downpipes to make sure they’re not blocked. At the same time, you need to check that nothing’s damaged in the guttering system, since this too could cause flooding of your property.

But these aren’t the only parts of your roof that need checking. If you have a pitched roof, it has an average lifespan of around twenty years, and it’s vital to have your tiles checked at least every five years. A flat roof, on the other hand, may not last longer than ten years, and it can be seriously degraded when water pools on it during heavy rain. Allied Claims would advise you at least to have a look over your whole roof while your guttering is being sorted, and have it checked professionally on a regular basis.

Safeguarding your home is reason enough to be vigilant, but if a particularly bad storm leaves you needing to make an insurance claim, you’ll need evidence to give the loss adjuster to prove the work has been done. If you hire a contractor, make sure you get fully itemised receipts. If you’re going to do it yourself, get someone to take photos or video footage of you at work.